On this date, April 3, 2014, the Coast to Coast Serial Killer, Tommy Lynn Sells, was executed by lethal injection in Huntsville, Texas. I will post information about this serial killer from Wikipedia and other links.

Sells and his twin sister, Tammy Jean, contracted meningitis when they were 18 months old; Tammy died from the illness. Shortly thereafter, Sells was sent to live with his aunt, Bonnie Woodall, in Holcomb, Missouri, where he lived until he was five years old. When Sells was eight, he began spending time with a man named Willis Clark, who began to molest him with the consent of his mother. Sells stated that this abuse affected him greatly, and he would relive his experiences while committing his crimes.

The homeless Sells hitchhiked and trainhopped across the United States from 1978 to 1999, committing various crimes along the way. He held several very short-term manual labor and barber jobs. He drank heavily, did drugs and was imprisoned several times.

In 1990, Sells stole a truck in Wyoming and was sentenced to 16 months imprisonment. He was diagnosed with a personality disorder consisting of antisocial, borderline, and schizoid features, substance use disorder (severe opioid, cannabis, amphetamines, and alcohol dependence), bipolar disorder, major depressive disorder, and psychosis.

In May 1992, Sells raped, knifed, and beat a woman with a piano stool in Charleston, West Virginia. In June 1993, he was sentenced to two to ten years imprisonment for malicious wounding; the rape charge was dropped. While serving this sentence, he was diagnosed with bipolar disorder and married Nora Price. He was released in 1997 and moved to Tennessee with his wife. He left her and resumed his cross-country travels.

In July 1985, 21-year-old Sells worked at a Forsyth, Missouri carnival, where he met 28-year-old Ena Cordt and her 4-year-old son. Cordt invited Sells to her home that evening. According to Sells, he had sex with her, fell asleep, and awoke to find her stealing from his backpack. He proceeded to beat Cordt to death with her son's baseball bat. He then murdered her son because the child was a potential witness. The bludgeoned bodies were found three days later, by which time Sells had left town.

Sells is suspected of the following crimes:
Arrests and confessions

On December 31, 1999, in the Guajia Bay subdivision, west of Del Rio, Texas, Sells fatally stabbed 13-year-old Kaylene 'Katy' Harris 16 times and slit 10-year-old Krystal Surles' throat. Surles survived and received help from the neighbors. Sells was apprehended after being identified from a sketch made from the victim's description. In an interview on Discovery Channel's Most Evil with Columbia University forensic psychiatrist and personality expert Dr. Michael H. Stone, Sells claimed to have killed more than 70 people. Police over time came to suspect him of "working the system", by confessing to murders he had not committed.

Sells was housed on death row in the Allan B. Polunsky Unit near Livingston, Texas. The Texas Department of Criminal Justice received him on November 8, 2000.

On January 3, 2014, a Del Rio judge set Sells' execution date for April 3, 2014. Sells' death sentence was carried out at the Texas State Penitentiary in Huntsville. When asked if he would like to make a final statement, Sells replied "No." As a lethal dose of pentobarbital was administered, he took a few deep breaths, closed his eyes and began to snore. Less than a minute later, he stopped moving. Thirteen minutes later, at 6:27 p.m. (CDT), he was pronounced dead.

Tommy Lynn Sells is a serial killer who has claimed responsibility for over 70 murders across the United States.

The Tip of the Iceberg

On December 31, 1999, 10-year-old Krystal Surles was staying at the house of a friend, 13-year-old Kaylene 'Katy' Harris, when she was attacked by a man in the bedroom where the two girls were sleeping. She had just witnessed Kaylene having her throat slashed, when the man grabbed her and cut her throat. Pretending to be dead, she stayed still until she could escape and get help from the next door neighbor.

Krystal survived the ordeal and with the help of a forensic artist she was able to provide enough details that the sketch eventually led to the arrest of Tommy Lynn Sells. It turned out Sells knew Terry Harris who was the adopted father of the Kaylene. His intended victim that night was Kaylene.

Sells was arrested on January 2 at the trailer where he lived with his wife and her four children. It was a peaceful arrest. Sells did not put up a fight or even ask why he was being arrested.

He later confessed to killing Kaylene Harris and his attempt to kill Krystal, but that was just the tip of the iceberg. During the following months Sells admitted to killing multiple men, women and children in several states across the country.

Tommy Lynn Sells and his twin sister Tammy Jean were born in Oakland, California on June 28,
1964. His mother, Nina Sells, was a single mother with three other children at the time that the twins were born. The family moved to St. Louis, Missouri and at 18 months old, both Sells and Tammy Jean contracted spinal meningitis, which proved to be fatal to Tammy Jean.

Soon after his recuperation Sells was sent to live with his aunt Bonnie Walpole, in Holcomb, Missouri. He stayed there until age five when his mother returned to take him after discovering that Walpole showed interest in adopting the boy.

Throughout his early childhood years Sells was left mostly alone to fend for himself. He rarely attended school and by the age of seven he was drinking alcohol.

Around this same time he started hanging around with a man from a nearby town. The man showed him a lot of special attention which included giving him presents and taking him on outings. On several occasions Sells spent the night at the man's home. Later it was discovered that this same man was caught molesting boys, but it came as no surprise to Sells. He had been one of his victims when he was eight years old.

From the age of 10 to 13, Sells seemed to stay in trouble, and not your typical pre-teen trouble. He had pretty much dropped out of school and at age 10 began smoking pot. But when he climbed naked into his grandmother's bed that was the last straw. Within days his mother and his siblings were gone and left no forwarding address. Tommy Lynn Sells was on his own.

Sells later said after his mother abandoned him he was filled with rage and attacked his first female victim by pistol whipping her until she was unconscious.

With no home and no family, Sells began drifting from town to town, picking up odd jobs and stealing what he needed.

Sells later claimed he committed his first murder at age 16, after breaking into a home and killing a man inside who was performing oral sex on a young boy. There was never any proof to back up his claim about the incident.

Sells also claimed to have shot and killed John Cade Sr. in July 1979, after Cade caught him burglarizing his home.

In May 1981, Sells moved to Little Rock, Arkansas and moved back in with his family. The reunion was short lived. Nina Sells told him to leave after he attempted to have sex with her while she was taking a shower.

Back out on the streets Sells returned to doing what he knew best, robbing and killing, working as a carnival roustabout and hopping trains to get to his next destination.

He later confessed to killing two people in Arkansas before heading to St. Louis in 1983. Only one of the murders, that of Hal Akins, was ever confirmed.

In May 1984 Sills was convicted of car theft and he was given a two-year prison sentence. He was released the following February, but failed to follow the terms of his probation.

While still in Missouri, he got a job with a county fair in Forsyth and met Ena Cordt, 35, and her four-year-old son Rory who were visiting the fair. Sells later admitted to killing Cordt and her son.

According to Sells, Cordt invited him back to her house, but then Sells caught Cordt going through his knapsack and he beat her to death with a baseball bat. He then did the same to Rory because he could have been a witness. Their bodies were found three days later.

By September he was back in jail after getting into a car accident while driving drunk. He stayed in jail until May 16, 1986.

Back in St. Louis, Sells claims that he shot a stranger in self defense. He then headed to Aransas Pass, Texas, where he was hospitalized for an overdose of heroin. Once out of the hospital he stole a car and headed to Fremont, California.

In October 1987, Sells was living in Winnemucca, Nevada, with 20-year-old Stefanie Stroh. Sells confessed to drugging Stroh with LSD, then strangling her and disposing of her body by weighting down her feet with concrete and putting her body into a hot spring in the desert. This crime was never confirmed.

According to Sells he left Winnemucca on November 3rd and headed east. In October 1987, Sells confessed to murdering Suzanne Korcz, 27, in Amherst, New York.

Keith Dardeen was the next known unfortunate victim that tried to befriend Sells. He spotted Sells hitchhiking in Ina, Illinois and offered him a hot meal at his home. In return, Sells shot Dardeen and then mutilated his penis.

Next he murdered Dardeen's three-year-old son Pete by bludgeoning him with a hammer. He then turned his rage on Dardeen's pregnant wife Elaine, who he attempted to rape.

The attack caused Elaine to go into labor and she gave birth to her daughter. Neither mother nor daughter survived. Sells beat both of them to death with a bat. He then inserted the bat into Elaine's vagina, tucked the children and the mother into bed and left.

The crime went unsolved for 12 years until Sells confessed.

Like Henry Lee Lucas, Sells was confessing to an unbelievable cross-country crime spree and like Lucas, Sells was escorted to different states to help clear up cold cases. Many of the crimes that Sells claimed to have committed could never be verified. However, there was one case that he took credit for that led to the release of a mother wrongly convicted of killing her child.

In 2002, crime writer Diane Fanning was corresponding through letters with Sells who was sitting on death row in Texas, and in one of the letters Sells confessed to the murder of 10-year-old Joel Kirkpatrick. Joel's mother, Julie Rae Harper, was found guilty of his murder and was in prison.

Later Sells told Fanning during a face-to-face interview, that Harper had been rude to him at a convenience store so to get back at her he followed her home and murdered the boy.

The confession along with Fanning's testimony at a prison review board and help from the Innocence Project later resulted in a new trial for Harper and an acquittal. 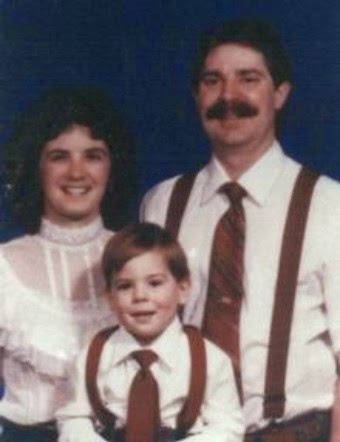 For 20 years Sells was a transient serial killer that managed to stay under the radar as he roamed around the country killing and raping unsuspecting victims of all ages. Investigators believe that Sells is likely responsible for 70 murders across the country.

During his confessions he took on the nickname "Coast to Coast" when telling about the different murders he had committed one month while in California and the next month while in Texas.

Based on Sells confessions throughout the years, the following timetable can be pieced together, however not all of his claims have been proven.

On September 18, 2000, Sells pleaded guilty and was convicted of the capital murder of Kaylene Harris and attempted murder of Krystal Surles. He was sentenced to death.

On September 17, 2003, Sells was indicted for the 1997 Greene County, Missouri murder of Stephanie Mahaney.

Also in 2003, Sells pleaded guilty to strangling to death, nine-year-old Mary Bea Perez of San Antonio, for which he received a life sentence.