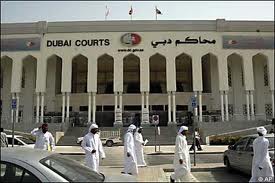 Timeline: Death sentences in the UAE

5 U.S. states with the most executions 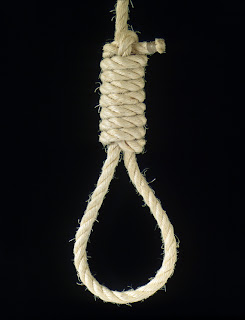 The Death Penalty Information Center should not and never be trusted, they are an organization that values and loves murderers. Here are some states in the U.S.A are leaders in executions. Every execution saves lives….
5 U.S. states with the most executions
Leigh Montgomery | The Christian Science Monitor | Sep 17, 2011
http://www.alaskadispatch.com/article/5-us-states-most-executions
It's not often that the U.S. Supreme Court stays an execution, as it did late Thursday in the case of convicted murderer Duane Buck. But the justices routinely consider such requests, given that 34 states permit capital punishment. Since 1999, when a record 99 inmates were put to death, the number of executions has dropped slightly, according to the Death Penalty Information Center, which opposes capital punishment.
Can you guess which five states had the most executions over the past four years? 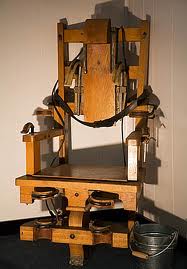 #5 Virginia
Virginia did not execute anyone in 2007, but it has carried out the death penalty 10 times since then. Death-row inmates may choose between lethal injection and electrocution, which two people have opted for in recent years.
The state executed six black men, three white men, and one white woman. One was John Allen Muhammad, the "D.C. sniper" who was found responsible for the shooting deaths of 10 victims within the Washington Beltway over a three-week period in 2002. 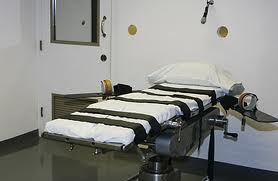 #4 Oklahoma
Oklahoma has executed 11 people – eight white and three black – since 2007, for an annual rate of about three executions a year.
The state joined Ohio in substituting a new drug, pentobarbital, for sodium thiopental to carry out three additional executions in 2011. Critics say the drug, a sedative used to euthanize animals, has not been tested for this purpose. Lundbeck, the Denmark-based US supplier, is also opposed to its use in executions. Oklahoma was also the last state to execute a person for a crime committed as a juvenile, which it did in 2003.

#3 Alabama
Alabama averaged 4.6 executions a year between 2007 and 2010. Of the 15 inmates executed during that time, eight were white and seven were black. Alabama has the highest use of the death penalty per capita, according to the Death Penalty Information Center. 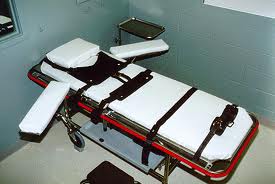 #2 Ohio
Ohio’s use of the death penalty has seen a steady increase in recent years, rising from two executions in 2007 to five in 2009 to eight in 2010. Of the 15 inmates executed during the past four years, eight were white and seven were black.
A federal judge stayed an execution in Ohio over the summer out of concern about the process the state uses for its lethal injections, which involves a switch to the drug pentobarbital. The chief justice of the state's Supreme Court is now reviewing the matter.
By law, Ohio excludes public viewings of executions. 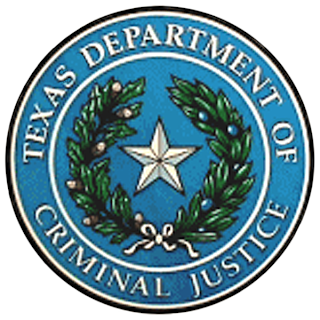 #1 Texas
The number of executions annually in Texas dwarfs those of any other state. The Lone Star State has averaged 21 executions a year, all by lethal injection, since 2007. Of the 85 men put to death over that time, 36 were black, 28 were white, and 21 were Latino.
The state has performed more than one-third of modern executions in the United States, including Charles Brooks Jr. in 1982, the first person put to death by lethal injection.
The Texas Constitution forbids the governor from imposing a moratorium on executions.
Posted by SAINT MICHAEL 2012 at 2:07 PM No comments:

People think that murderers and criminals will die behind bars, it is not true at all. Check the latest news:
Life with parole about a 20-year term, study says
Bob Egelko, Chronicle Staff Writer
Friday, September 16, 2011

Inmates serving life with the possibility of parole in California, mostly convicted murderers, spend an average of 20 years in prison and almost never commit new crimes after being released, a new study concludes.

The report by the Stanford Criminal Justice Center at the university's law school, issued Thursday, also found that the state Board of Parole Hearings has become increasingly willing to set release dates for "lifers" in the last few years. But those dates have often been vetoed by the governor, under a voter-approved law that has parallels in only three other states, the report said.

Release rates are likely to increase, however, under Gov. Jerry Brown. Through April, Brown had overruled fewer than 20 percent of the parole dates approved by the board, which is composed mostly of former law enforcement officers and prison officials. The comparable veto rates were 70 percent for Gov. Arnold Schwarzenegger and 98 percent for Gov. Gray Davis.

The study also found that prisoners who are denied parole must wait an average of five years for their next hearing, up from two years in 2007, mostly because of a new, voter-approved victims' rights law.

The board is less likely to approve release at an inmate's first hearing than at future hearings, the study found, and is less than half as likely to grant parole when a victim's relative attends the hearing.

The report also cited a recent study of 860 convicted murderers paroled in California since 1995. Only five had been sentenced for new felonies since then, none for crimes carrying life sentences, the study said.

The parole board, appointed by the governor, has no authority over most prisoners, who serve fixed terms based on their crimes. But it decides when lifers - those convicted of murder, attempted murder and a few other crimes, such as aggravated cases of kidnapping and rape - are suitable for release.

Starting in 2019, the board will also consider inmates sentenced to 25 years to life under the "three-strikes" law, which applies to felons with two previous convictions for serious or violent felonies. They now total one-fourth of the more than 32,000 lifers eligible for parole, the report said.

Lifers constitute one-fifth of the state's prisoners, the highest percentage of any state and an increase from 8 percent of the inmates in 1990, the study said.

In addition, California has 4,000 prisoners serving life without the possibility of parole and more than 700 sentenced to death, all for specific categories of murder, such as murder of a police officer, multiple murders and murder during a rape, robbery or burglary.

The parole board now approves release in 18 percent of the hearings, three times the approval rate in 2007, the study said. It said one reason was a 2008 state Supreme Court ruling that required parole decisions to be based on the risk to public safety and not, in most cases, solely on the facts of the crime.