QUOTE 2: "Such an extreme act of pure evil can only be met by the most extreme of responses - and that can only be death."

QUOTE 3: PC Beshenivsky was fatally shot outside a travel agents in Bradford. "All my life I've been against the death penalty," Lord Stevens said. "I genuinely never thought I'd say this, but I am now convinced that the monster who executed this young woman in cold blood should, in turn, be killed as punishment for his crime. For the first time in my life, despite 40 years at the sharp end of policing, I finally see no alternative."

QUOTE 4: If the death penalty was not imposed then wrong really has finally totally triumphed over right and all civilized society, all we hold dear, is the loser.

QUOTE 5: He said, "There must be "massive safeguards" to make sure there were no miscarriages of justice in imposing the death penalty. But those who can incontrovertibly be proved to have murdered a police officer should be killed."

QUOTE 6: Murdering someone who you knew to be a police officer was different from all other murders.

"You are not just killing an individual, you are attacking everything they represent," he added.

"I know now that capital punishment is the only major way left for the majority of right-thinking people to fight against the minority of monsters in our midst.”

AUTHOR: John Stevens, Baron Stevens of Kirkwhelpington KStJ QPM DL FRSA (born 21 October 1942) was Commissioner of Police of the Metropolis (head of the Metropolitan Police Service) from 2000 until 2005. From 1991 to 1996, he was Chief Constable of Northumbria Police before being appointed one of HM Inspectors of Constabulary in September 1996. He was then appointed Deputy Commissioner of the Met in 1998 until his promotion to Commissioner in 2000.

QUOTE: Now, if they were consistently against the killing of anybody, surely they'd have to be against this ganging up of adults on innocent children? But they're often not. You ask them why. Try as I may to put myself in the position of the pro-abortion anti-hanger, I can't get the argument to work. It can only be done by insisting that a baby is not human until a certain (or rather, uncertain) date, set to suit the abortionist rather than the baby, which is understandably not asked if it considers itself human at this stage, or would have considered itself human at this stage if it had survived a little longer and been allowed a say. If you're against hanging, you must also be against abortion. But you can be for hanging murderers and against abortion. The key is innocence or guilt, and beneath that lies the ideal of lawful justice, which is what we are actually talking about. (Some responses to correspondents 09 January 2007 4:03 PM)

AUTHOR: Peter Hitchens (born 28 October 1951) is an award-winning British columnist and author, noted for his traditionalist conservative stance. He has published five books, including The Abolition of Britain, A Brief History of Crime, The Broken Compass: How British Politics Lost its Way and most recently The Rage Against God. Hitchens writes for Britain's The Mail on Sunday newspaper. A former resident correspondent in Moscow and Washington, Hitchens continues to work as an occasional foreign reporter, and appears frequently in the British broadcast media. He is the younger brother of the late US-based writer Christopher Hitchens.
Posted by SAINT MICHAEL 2012 at 7:26 PM No comments:

QUOTE: When I or people like me are running the country, you'd better flee because we will find you, we will try you and we'll execute you. I mean every word of it. I will make it part of my mission to see to it that you are tried and executed. [Randall Terry, leader of Operation Rescue, Addressing doctors who perform abortions, in a speech to the U.S. Taxpayers Alliance, from The Hotline, May 9, 2000]

AUTHOR: Randall Almira Terry (born 1959) is an American pro-life activist and candidate for the Democratic Party's nomination for President in 2012. Terry founded the pro-life organization Operation Rescue. The group became particularly prominent beginning in 1987 for blockading the entrances to abortion clinics; Terry led the group until 1991. He has been arrested more than 40 times, most recently for protesting President Barack Obama's commencement visit to the University of Notre Dame in violation of a no-trespass order from the school. Terry has long been known for provocative and controversial statements, including that abortion is murder and should be made a capital crime. In 2003, Randall Terry founded the Society for Truth and Justice and conducted a program called Operation Witness. In 1998, he ran for Congress in upstate New York, and in 2006 for a seat in the Florida State Senate, both times losing in the Republican primary.
Posted by SAINT MICHAEL 2012 at 6:05 PM No comments: 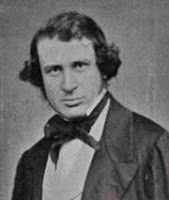 QUOTE: There is as much moral cowardice in shrinking from the execution of a murderer as there is in hesitating to blow out the brains of a foreign invader. 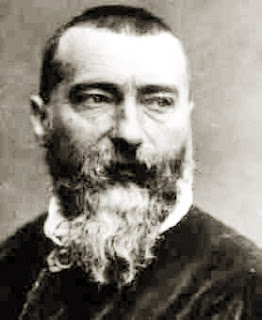 QUOTE: If we are to abolish the death penalty, I should like to see the first step taken by my friends the murderers.
AUTHOR: Jean-Baptiste Alphonse Karr (November 24, 1808 – September 29, 1890) was a French critic, journalist, and novelist. His brother Eugène was a talented engineer and his aunt Carme Karr was a writer, journalist and suffragist in La Roche-Mabile.
APPLICATION: My guess is the A. Karr is pro-death penalty, and also that he's not friends with murderers; allow me to illustrate.

1) If one wishes the death penalty eliminated those who make the penalty necessary need to stop doing things that make it necessary i.e. if there were no murders we wouldn't need to kill those who murder. Another way of saying that is: If you want to stop our response to the offense, kindly stop offending.

2) the incongruity is in the speaker implying courtesy, where there is none or where none would normally be offered. For example: I will stop trying to get you killed, if you'd kindly not kill in the first place.

3) What is expected is that the speaker will say how (he or we) will abolish the death penalty. The contrast to that expectation is that the speaker actually says for "his friends", tongue in cheek (which means, that is not to be taken seriously, he is not really friends of those he is referring to) need to stop the death penalty themselves by not murdering in the first place.
http://answers.yahoo.com/question/index?qid=20081028141157AAJlg60